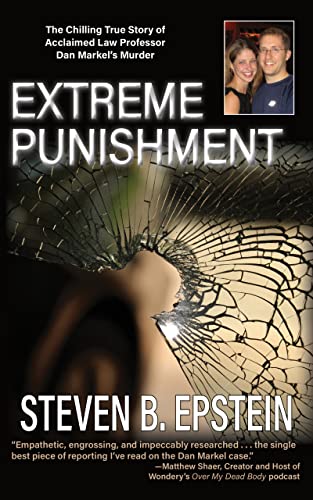 A devoted father. One of the most accomplished criminal law scholars in the country. Someone wanted him dead. But why? On the morning of July 18, 2014, 41-year-old Florida State law professor Dan Markel dropped his boys off at preschool, hit the gym, and headed home to his quiet, tree-canopied neighborhood. Within seconds of pulling into his garage, two .38-caliber bullets fired from point-blank range were lodged in his brain. His brutal slaying defied explanation. The case went stone cold for nearly two years before dogged pursuit by the Tallahassee Police and the FBI resulted in the arrest of two life-long criminals who had driven 10 hours from Miami with one singular purpose: to murder the esteemed professor. Were his ex-wife Wendi Adelson and her South Florida family the masterminds behind this horrific crime? EXTREME PUNISHMENT is the riveting story of a divorce between two law professors that spiraled out of control, wealthy in-laws hell-bent on revenge, an unlikely love triangle, and the relentless quest to bring Dan’s killers—all of them—to justice. EXTREME PUNISHMENT: The Chilling True Story of Acclaimed Law Professor Dan Markel's Murder-Steven B. Epstein
Year of Release: 2022
Length: 51 minutes