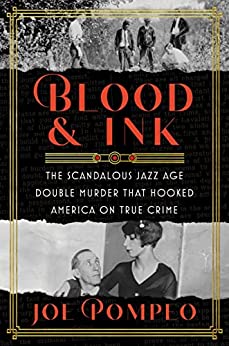 On September 16, 1922, the bodies of Reverend Edward Hall and Eleanor Mills were found beneath a crabapple tree on an abandoned farm outside of New Brunswick, New Jersey. The killer had arranged the bodies in a pose conveying intimacy. The murder of Hall, a prominent clergyman whose wife, Frances Hall, was a proud heiress with illustrious ancestors and ties to the Johnson & Johnson dynasty, would have made headlines on its own. But when authorities identified Eleanor Mills as a choir singer from his church married to the church sexton, the story shocked locals and sent the scandal ricocheting around the country, fueling the nascent tabloid industry. This provincial double murder on a lonely lover’s lane would soon become one of the most famous killings in American history—a veritable crime of the century. The bumbling local authorities failed to secure any indictments, however, and it took a swashbuckling crusade by the editor of a circulation-hungry Hearst tabloid to revive the case and bring it to trial at last.Blood & Ink freshly chronicles what remains one of the most electrifying but forgotten murder mysteries in U.S. history. It also traces the birth of American tabloid journalism, pandering to the masses with sordid tales of love, sex, money, and murder. BLOOD & INK: The Scandalous Jazz Age Double Murder that Hooked America on True Crime-Joe Pompeo
Year of Release: 2022
Length: 58 minutes